Nearly a year after the Sliding part of the YOG, the Olympic Channel has published four short films. One for each sport that was based in St Moritz.

I have linked the Monobob part click on the image above. It is really interesting and Emily makes an appearance.

Last weekend 1st March was the end of the season for Emily. She won Silver in the Swiss Championships. Lia Decristophoris from BCSI took the Gold medal while Emily's YOG Team, BCZS and TV Thalwil colleague Sara Snyder won the Bronze. In the mens' race Kilian Rohn, also from the YOG team, won Gold ahead of Elia Wyssen and Simon Ramp-Ritzmann. Both Emily and Kilian were the fastest juniors (under 23 years old).

So that brings the YOG Project for Lausanne 2020 to an end. What comes next? For now Emily is concentrating on her apprenticeship and school work so bobsport will take a back seat for a while. She will be training hard over the Summer and perhaps now that she has been bitten by the sliding bug she will back next season. Let's wait and see. I will report any updates here.

We send our heartfelt thanks for their support once again to:-

Keep safe, stay well and see you next year!

That means she gets an Olympic Diploma (seems that the YOG does not have those). Instead we made her a special medal.

Emily is really happy and we are proud of her performance against such strong competitors.

We are very proud that our daughter Emily has been selected for the Swiss Team in the women's monobob event at the Youth Olympic Games 2020.

The Youth Olympic Games (YOG) will take place from the 9th to the 22nd January this year in Lausanne.

The Bobsleigh events together with the other sliding sports Skeleton and Luge will be run in St. Moritz on the famous Olympia Bob Run. The women’s bob races are on 19th January and the men’s on 20th January. At the moment it looks like none of the sliding events will be streamed but we hope to see some updates on the Olympic Channel and on Swiss SRF TV. I will post links as soon as I know about them.

For the last three years Emily has been training together with a group of young people as part of the YOG programme organised by Swiss Sliding. It has been an intensive period for all the athletes as they have had to combine training in the gym or on the track with their school or apprentice work. We have come to know this group well over that time and I am always impressed by their commitment, energy and care for one another. As the starting places are limited not all of the Swiss athletes can take part in the Olympic races but those that have not qualified will be there as pre-runners and given a chance to show how fast they are. We will be supporting them too.

We would like to thank Swiss Sliding for setting up the YOG programme in the first place, Emily's trainer Donald Holstein, her friends and supporters at TV Thalwil, Bob Club Zürichsee and Rivella who are sponsoring the Swiss YOG Team.

You can follow Emily's progress using her YOG Athlete page. 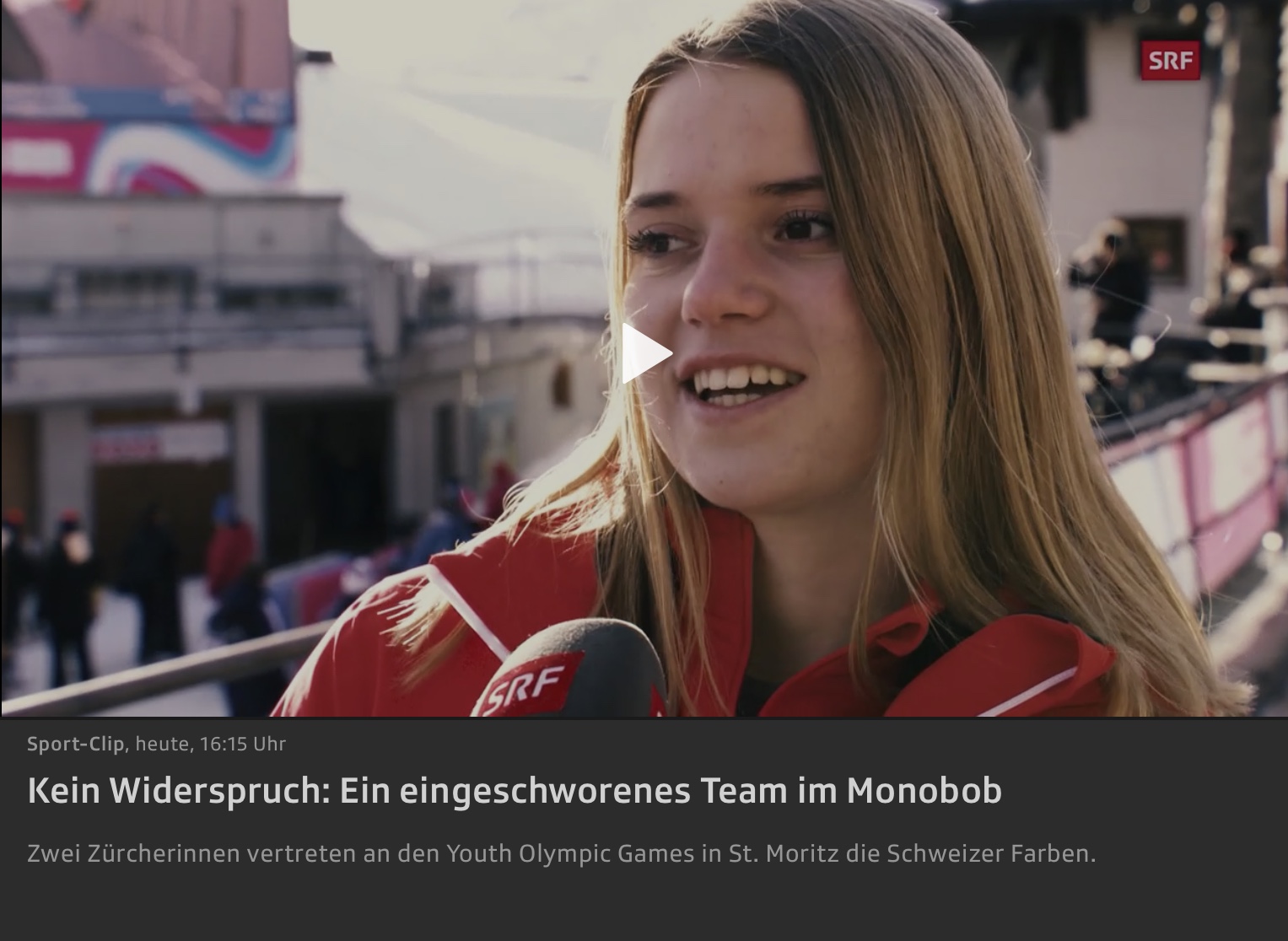